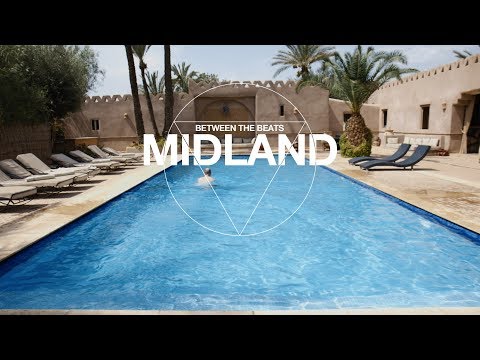 Between The Beats: Midland | Resident Advisor

Visit the RA feature page: https://www.residentadvisor.net/features/3175 Who am I? And what am I doing? These eternal questions shape the story behind our latest Between The Beats film. Harry Agius, the UK artist best known as Midland, has considered them from a few different angles. The first, and most obvious, is from the perspective of an artist. Agius, who got his break around 2010 and went on to become one of the UK’s best-loved DJs, has come to understand the rollercoaster that is artistic self-confidence. He thinks deeply about the balancing act that DJs perform each weekend, keeping a disparate group of people happy on one hand, and expressing his tastes and his emotions on the other. This balance became a little more complicated in 2016 when he released “Final Credits.” He was excited by the success of this disco-sampling bomb, but he came to feel that it was defining him, creating distorted expectations about what he does as a DJ. For Agius, the ongoing question of artistic identity is also viewed through the lens of his sexuality. In the film, he discusses his long journey towards feeling comfortable in his own skin as a gay man, and how his path towards openness has intersected with his approach to DJing. These days, when he steps up to play, his aim is to reflect his truth through music. Credits/ Director / Producer - Patrick Nation Director of Photography - Sim Higginson Editors - Guy Clarke, Patrick Nation Camera - Sophie Misrahi Dubbing Mixer - Guy Clarke Colourist - Adam Clarke Production Manager - Lisa Telfer Brunton Executive Producer - Ryan Keeling Music in order of apperance/ Midland - Bring Joy [More Music] 2011 Midland - Pitch Drift [Aus Music] 2014 Santiago Salazar - Sucio Beat [Love What You Feel] 2015 Juju & Jordash - Neon Swing [Dekmantel] 2017 Midland - Safi [Autonomous Africa] 2014 KH - Question [Text Records] 2017 Midland - Final Credits [Regraded] 2016 Midland - Before We Leave [Phonica White] 2014