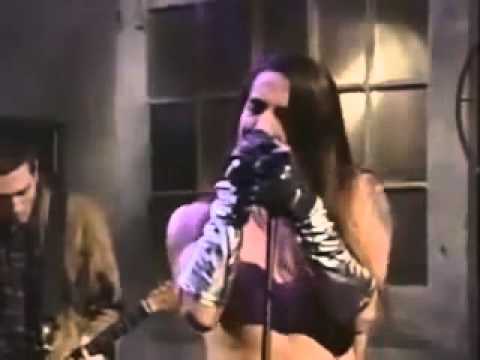 One of the famous performances of Red Hot Chili Peppers. This one probably you watched at least one time, and read about it on "Scar Tissue" which were written by Anthony Kiedis and Larry Sloman. Saturday Night Live, time when John Frusciante was sick about being a part of well-known band around the world and wanted to change direction of the Chili Peppers (back to small clubs and playing for not big group of people. Made Chili Peppers not commercial as there was then). It was impossible so Frusciante played without desire and tryed to experiment. For some fans - the most awful performance in history of the band and completely disrespectful behaviour from John Frusciante. For the other - the greatest "Under The Bridge" performance of all time, with completely dark and solid rock Frusciante guitar. What's your opinion?